10 of the best things to do in Umbria

Brimming with verdant rolling landscapes, ancient medieval villages perched atop hills, stunning art, delicious wines, sumptuous cuisine and adventurous activities, Umbria is the ideal destination for anyone looking for an authentic Italian experience. We’ve rounded up 10 of the best things to do in Umbria to experience this unique region.

Dedicated to St. Francis of Assisi, the Basilica di San Francesco is the crown jewel of this Unesco-listed town’s many historic sites. Comprising two churches and the tomb of St. Francis himself, the 13th-century complex is a site steeped in history and culture. Atop sits the Gothic Basilica Superiore, filled with Giotto frescoes, while the older Basilica Inferiore beneath houses works by Pietro Lorenzetti, Simone Martini and Cimabue.

2. Ride on the Funivia Colle Eletto

There are plenty of churches to visit in Italy, but the journey to the Basilica di Sant’Ublado in Gubbio is one of a kind. Perched high on Monte Ingino just outside of town, the only way to reach this landmark is by using the funivia. A six-minute ride takes you to the top, gradually turning what seems like an impossibly hilly town into something that looks quite one-dimensional in the distance. Bring a picnic along or grab a refreshment at the café at the top and relax while you take in the picturesque valley below.

3. Stand in front of the brilliant Duomo

Widely considered to be one of the prettiest towns in the region, Orvieto is a feast for the eyes. And the town’s Gothic cathedral, Duomo, certainly doesn’t break from that tradition. Constructed in 1290, the banded exterior sports a truly unique façade. Rainbow frescoes are interwoven with mosaics that sparkle like jewels under the Umbrian sun, as well as bas-reliefs and creeping flowers and vines.

4. Stay in a medieval palazzo

Known for its many medieval hillside towns, Umbria is the perfect region to book stay in a medieval palazzo. Get a unique feeling for the rich history and culture for which this stunning region is so famous. Best of all, these ancient quarters are usually perched high on the slopes, giving you an uninterrupted view of the town and landscape below.

5. Play at the Cascata delle Marmore

Watching as the water cascades down the three tiers of the second tallest waterfall in Europe, it’s hard to believe that the Cascata delle Marmore are completely man-made. Dating back to Roman times, the falls were created when the local population wanted to divert the Velino river to create a bigger area of fertile land. At 165 metres, with the top tier measuring in at 83 metres, the Cascata delle Marmore are truly a spectacular sight. 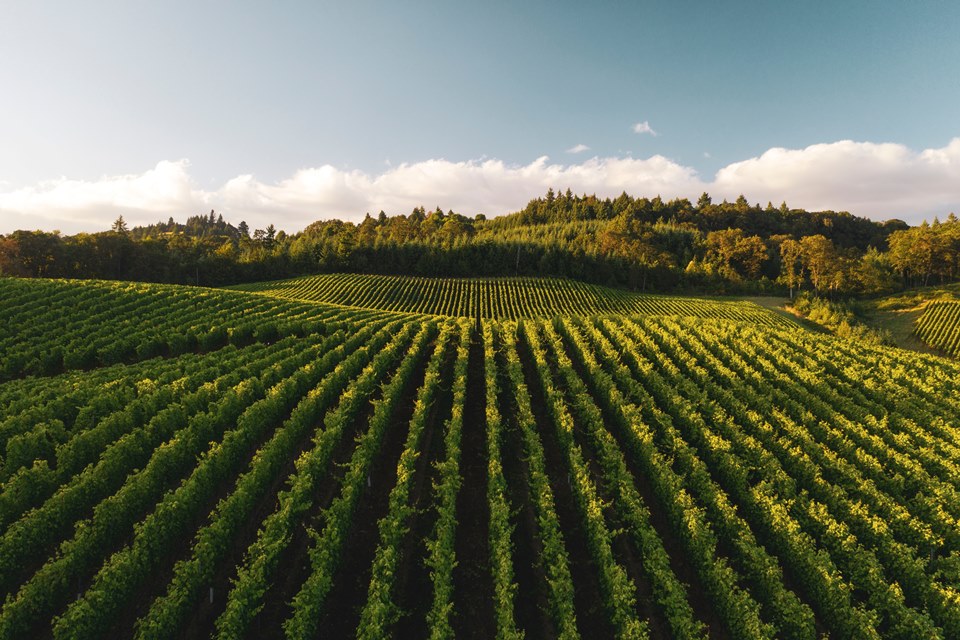 Although neighbouring Tuscany usually gets all the glory for its delicious wines, the vintages produced by Umbria are absolutely delightful. When it comes to whites, taste trebbiano, verdello, grechetto, drupeggio and malvasia, while the famous sangiovese is the varietal to try if you love reds. For a local twist, get your hands on some sagrantino, a unique variety found only around the hillsides of Montefalco. Spend a day sipping and swirling while admiring the stunning vistas of the Green Heart of Italy.

An extraordinary subterranean underworld discovered in 1977, the Sotterranea is was originally accessed through an opening in a vegetable garden. This underground world gives a glimpse into life during the Inquisition. The tour starts under what was a convent in the 13th-century Benedictine church and takes you on a journey reminiscent of something you might read about in a Dan Brown novel. Down winding passages and through heavy wooden doors, your journey will lead you to discover a Roman cistern, ancient aqueducts, and a court room and jail cell.

8. Go cycling in the countryside

Although it might be a bit more comfortable to get from place to place in the car, one of the best ways to see Umbria is on a bike. Lauded for its undulating landscape dotted with vineyards and forest, Umbria is a mountain biker’s dream. Travelling from town to town on a bike will give you the chance to take in the verdant scenery and see a side of the region that others might not.

9. Admire some art at the Galleria Nazionale dell’Umbria

The Palazzo dei Priori on Perugia’s main street houses the Galleria Nazionale dell’Umbira, the region’s premier art gallery. With more than 40 rooms brimming with over 3 000 works of art, the gallery’s collection is one of Italy’s finest. With pieces ranging from Byzantine-inspired 13th-centry paintings to Gothic and Renaissance masterpieces, there’s plenty to admire here.

If there’s one way to see Umbria from a different perspective, it’s from a hot-air balloon. Gliding above the rolling hills, ancient villages, vineyards and olive groves of the Green Heart of Italy is sure to be the trip of a lifetime. There’s no better way to admire this astonishing region than by floating silently in the crisp morning air to take in all of the sights it has to offer.