5 of the best wine tasting regions in Italy

Stretching from the Dolomite Mountains to the Adriatic Sea in northeastern Italy, Veneto is probably best known for Prosecco. The vines of the glera grape thrive in the hilly landscape – resulting in more than 400 million bottles of Italy’s famous sparkling wine.

Likely the first place anyone thinks when they hear “wine tasting in Italy”, Tuscany’s stunning landscape is made up of rolling hills covered in some of the oldest vineyards in Italy. The region is known for its reds, most famously Chianti. Be sure that getting a glass is on your schedule when you go wine tasting in Tuscany.

Sicily has the perfect conditions for growing wine. With ancient vine cultivation traditions, this island in the Mediterranean actually has the most vineyards in Italy. If you are visiting the Italian wine region in Sicily, try the Marsala, Nero d’Avola and wines of Mount Etna.

Nestled in the Po River Valley, this northern region produces some of Italy’s most famous red wines. While Barolo and Barbaresco are the most revered, the Nebbiolo, Barbera and Dolcetto are also delicious.

The Green Heart of Italy with its rich soils and moderate climate is home to seemingly endless rolling hills covered in vineyards. The region is known for two wines in particular: the Torgiano and the Sagrantino di Montefalco. 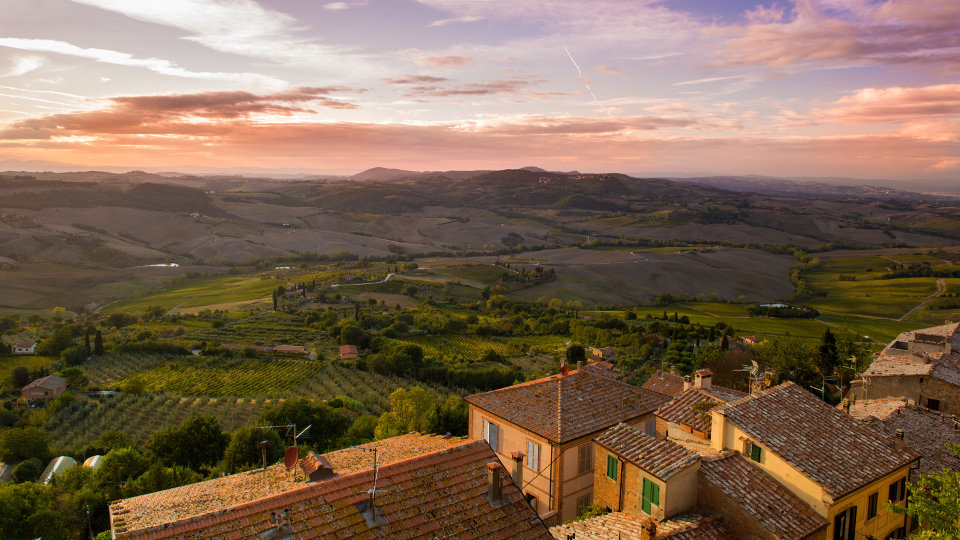 See one of Italy’s best wine tasting regions from the sky. Explore Umbria from the sky with Balloon Adventures Italy.