9 unusual things to do in Italy

1. Pet a cat at the Torre Argentina 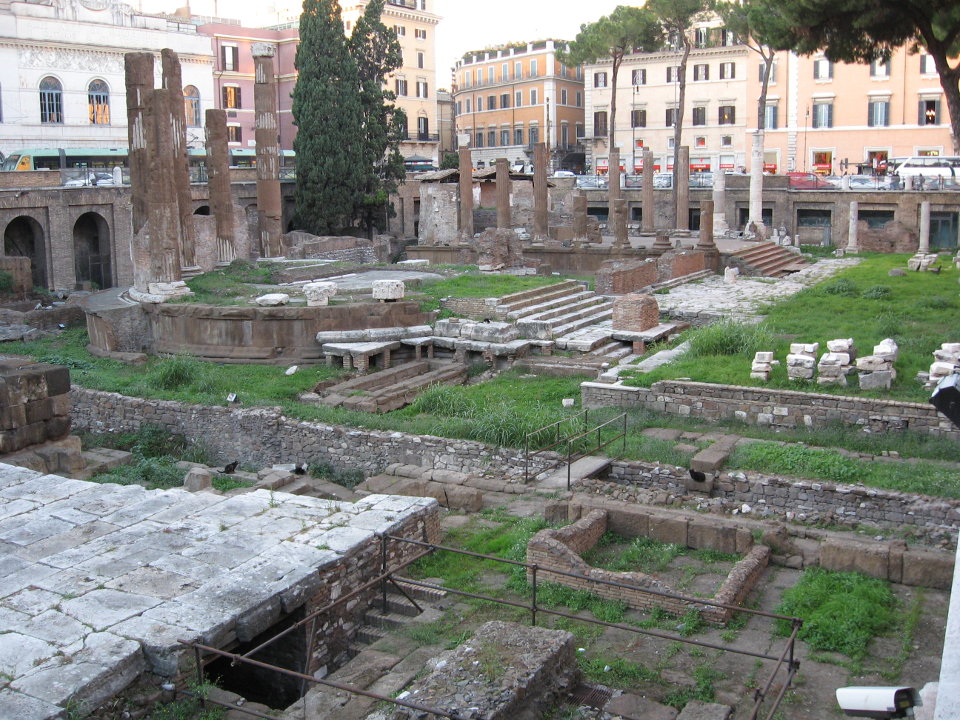 Situated in Rome, these ancient ruins sit six metres below the modern street level. Besides the remains of four different temples, the Torre Argentina also contains part of the portico of Pompey, the site where Julius Caesar was murdered in 44 BCE. Today, though, the site is home to approximately 130 cats. If you visit the complex in the late afternoon, you’ll see them sunbathing on the pillars and steps of the ruins. They’re difficult to spot at first, but as soon as you see one you’ll start finding them everywhere. The sanctuary is open to visitors from noon till 6pm every day, when you can meet some of these friendly felines.

2. Get your taste buds tingling at the Museum of Prosciutto di Parma 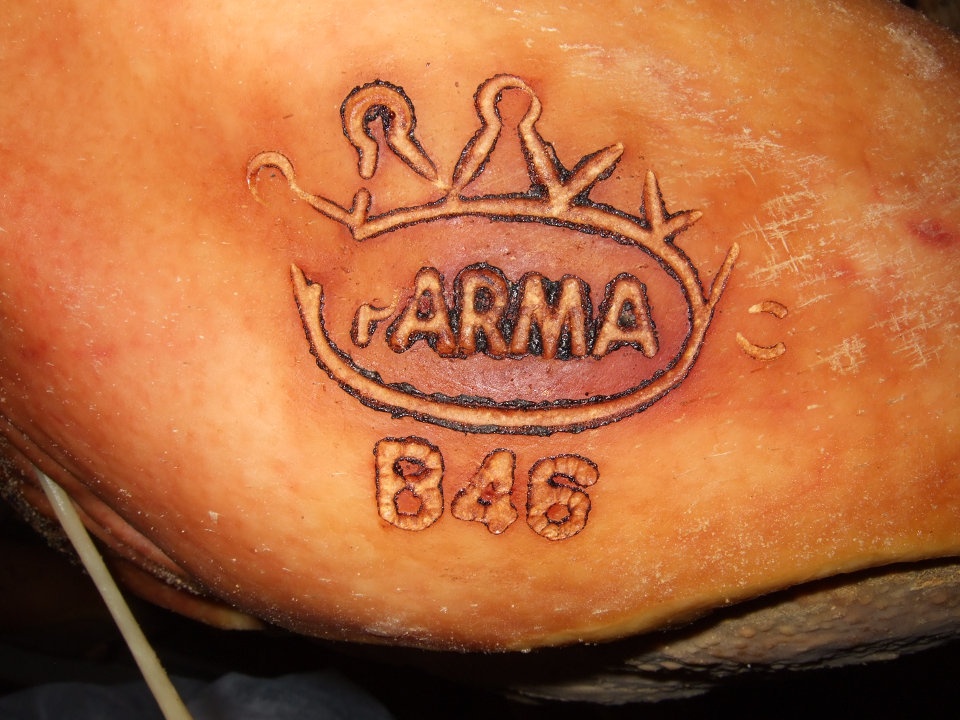 Just outside of the city of Parma is the Museum of Prosciutto di Parma. Paying homage to Italy’s famous culinary traditions in the historic home of prosciutto, the museum is a must-see for foodies. You’ll learn all you ever need to know and more about this cured meat – from its origins and history, to way the micro-climates in the regions where it’s produced affect the taste.

3. Scuba dive through the sunken city of Baia 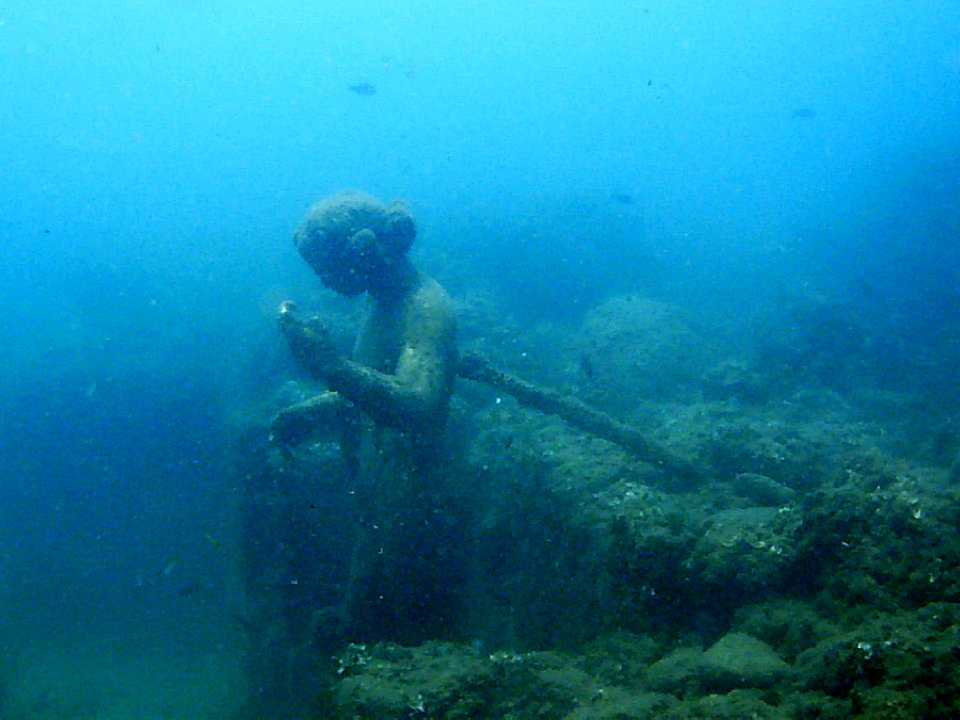 The Las Vegas of ancient times, this classical Roman city now sits beneath the waves in the Gulf of Naples. Baia was a prominent resort city for centuries, catering to the rich and powerful Roman elite. Located above natural volcanic vents, the city’s hot springs were famous for their healing properties. In an ironic twist, the same vents that once attracted the city’s many visitors had drowned its abandoned ruins by the 1500s. That didn’t kill Baia’s reputation as a top destination, though, and you can explore the underwater ruins by snorkelling, scuba diving or in a glass-bottomed boats.

4. Ride in a hot air balloon 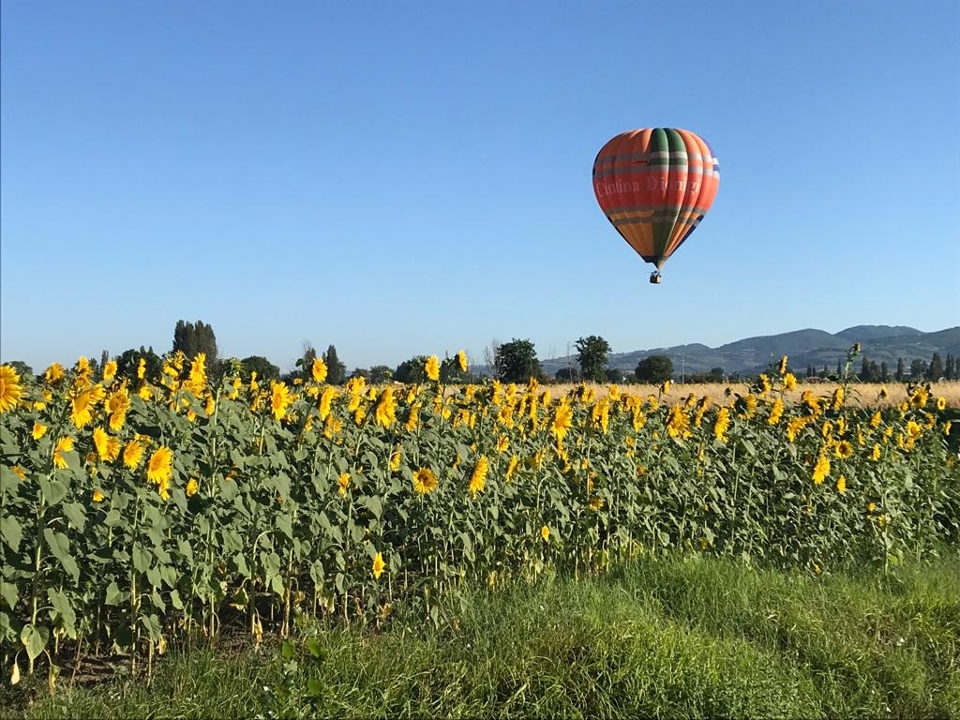 See Italy from an unusual perspective with a hot air balloon ride. Enjoy the voyage of a lifetime as you float silently over the rolling hills, ancient villages, vineyards and olive groves of the Italian countryside, drinking in the stunning vistas. While it might be the oldest form of flight, hot air ballooning is far from boring.

5. Immerse yourself in the art at Arte Sella 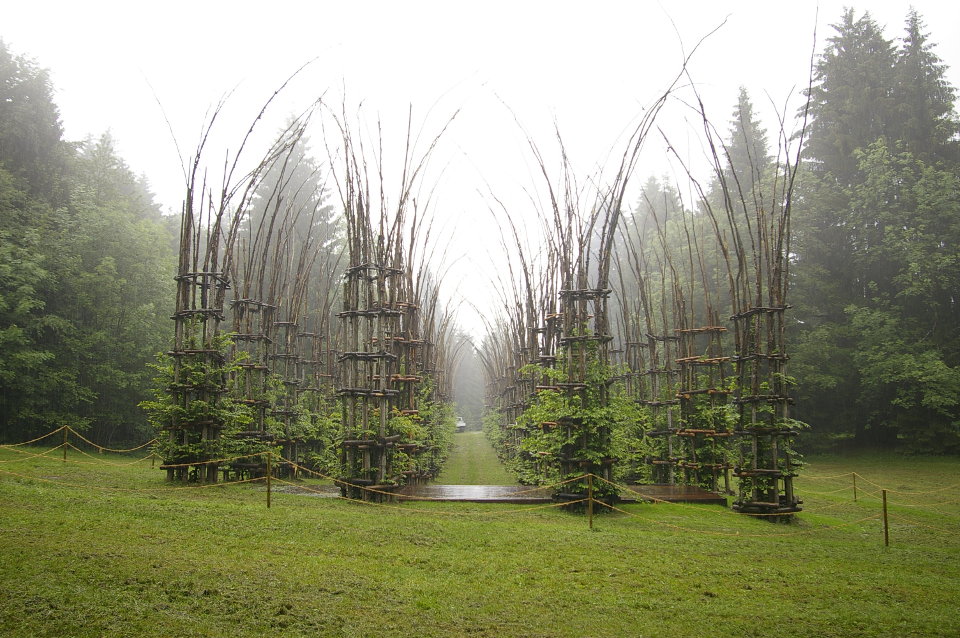 An open-air museum located in the stunning mountains of Veneto, this attraction blends the works of local artists with the beauty of the natural landscape. Everything in the museum is made with materials found in the area. One of the most astonishing is the Tree Cathedral. It’s said that this ‘church’ will never be finished as nature intervenes and grows in its own unpredictable and beautiful ways.

6. Indulge your sweet tooth at the Perugina chocolate factory 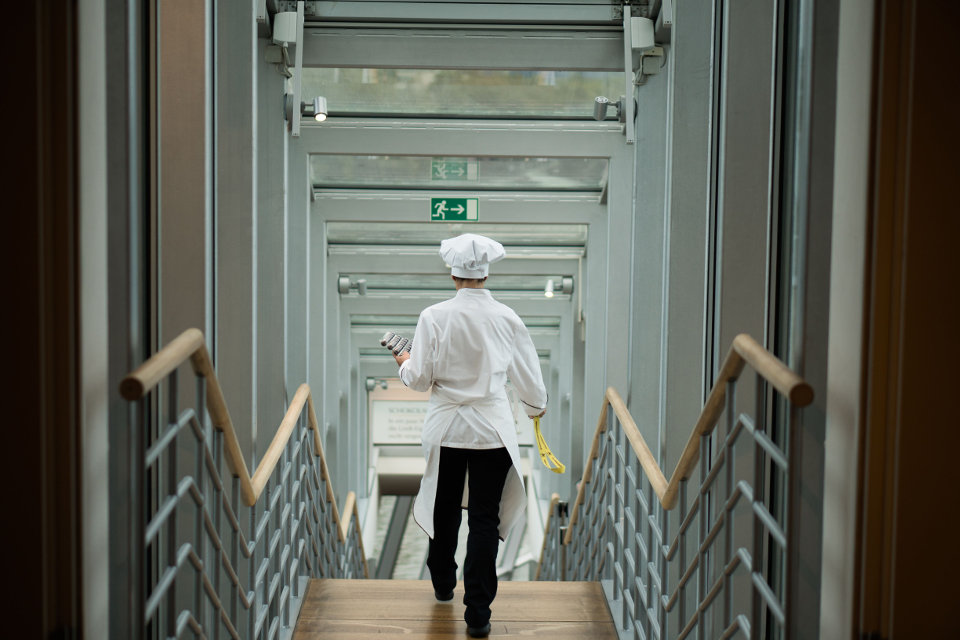 Perugia, the capital of the Umbria region, has some of the best food in Italy. The city is home to the Perugina factory where some of the finest Italian chocolates and pralines are made. Specifically, Perugina makes Baci, the famous Italian hazelnut-topped chocolate kiss. A visit to the factory is a must for anyone with a sweet tooth. The tours will show you exactly how the chocolates are made, giving you plenty to think about (and taste) along the way.

7. Get outdoors at the Garden of Bomarzo 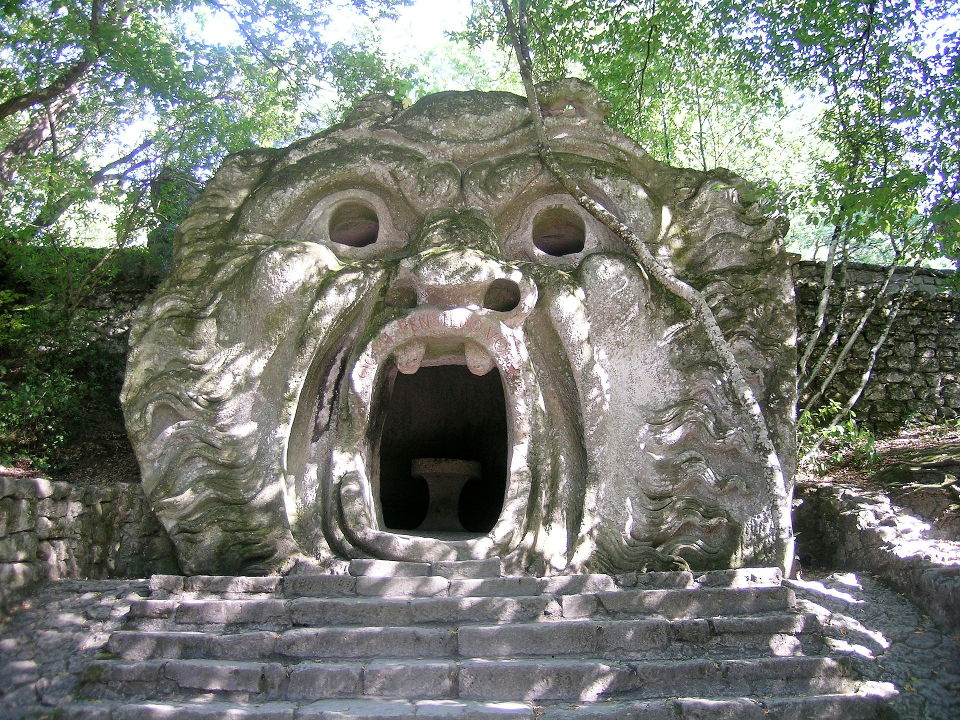 Just an hour outside of Rome in northern Lazio is a 16th century horror show. Inspired by the many tragedies that had befallen him, Prince Pier Francesco Orsini wanted to create a “Villa of Wonders” as an expression of his grief. He commissioned architect Pirro Ligorio to create a park filled with bizarre sculptures that would shock viewers. Pieces include a war elephant, a giant tearing another giant apart and a grotesque fish head. The most frightening is probably the “mouth of hell”, which is an enormous head with its mouth opened wide in a scream.

8. Be amazed by the Pyramids of Zone 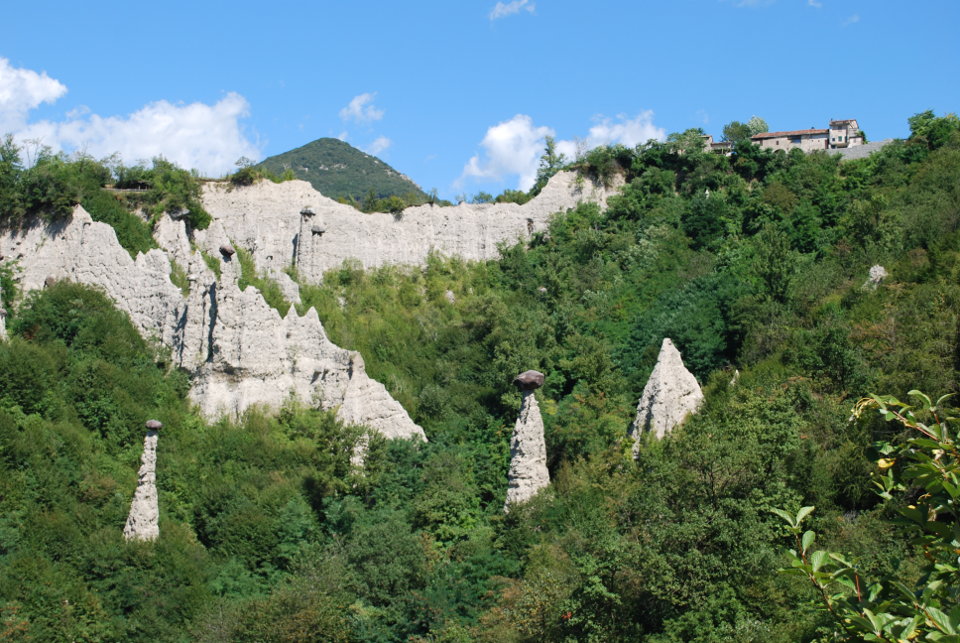 The result of centuries of erosion and clay deposits, these natural rock formations look anything but. Also known as tent rocks, hoodos and fairy chimneys, these erosion pyramids were formed as wind and water washed away layers of clay, aside from the columns topped by boulders. The result? A collection of bizarre spindly pyramids with boulders teetering atop of them. 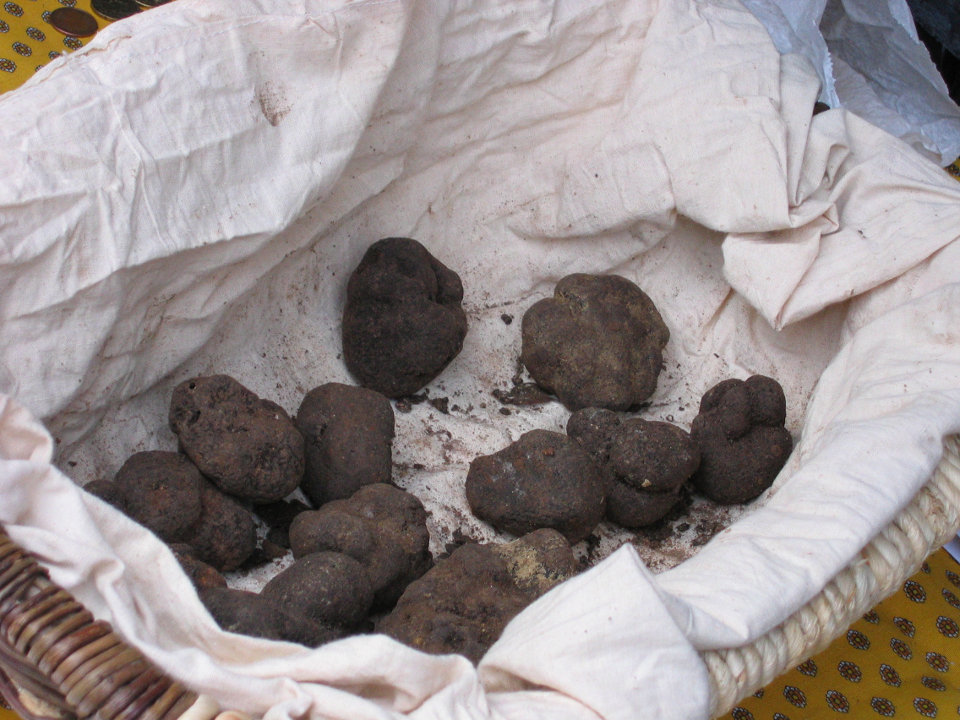 Some of the finest truffles in the world can be found in the mountains and forests surrounding the ancient village of Pettino. Take in the spectacular landscapes as you’re guided across the rolling hills and valleys of the Umbrian countryside by truffle-sniffing dogs. When you’ve found your truffles, settle down for a traditional Umbrian hunter’s lunch and a glass or two of Prosecco. Chat to Wild Foods Italy to find out more about this authentic Umbrian cultural experience.

Take off on a hot air balloon at Assisi with Balloon Adventures Italy and experience one of these remarkable things to do in Italy. Book your ride today.